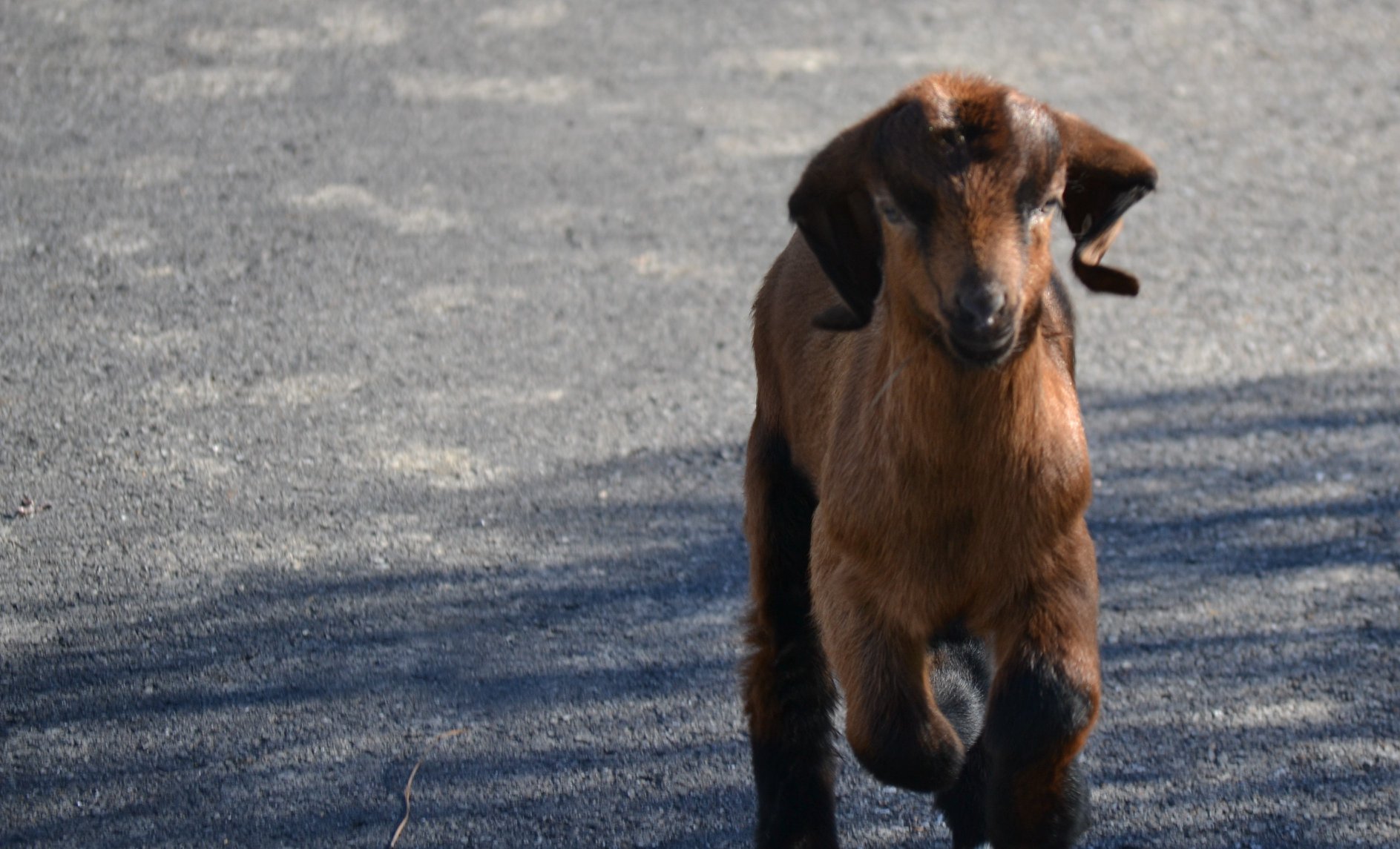 Rescued at a Livestock Slaughter auction, Chevy has a mysterious past. He was only 2 weeks old and sick with a bacterial infection when we rescued him, and that’s really all we know about him—EXCEPT…that he is a Lovebug!

He enjoys playing with his other goat friends here at the Sanctuary, but comes running for visitors, treats, and head rubs. He is a big talker and is constantly seen saying what appears to be “What What”-which is now his unofficial Nickname.

Chevy is a typical red-head—a little temperamental, but we don’t discriminate! He and Woody rule the roost of the goat clan, and he especially enjoys his treats and roaming the pasture in search of fallen dogwood leaves. He is one handsome fellow who keeps us on our toes and brightens the pasture up with his passion and energy. 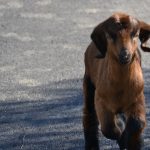 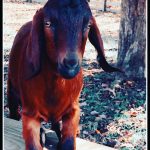 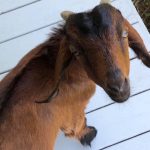 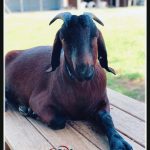