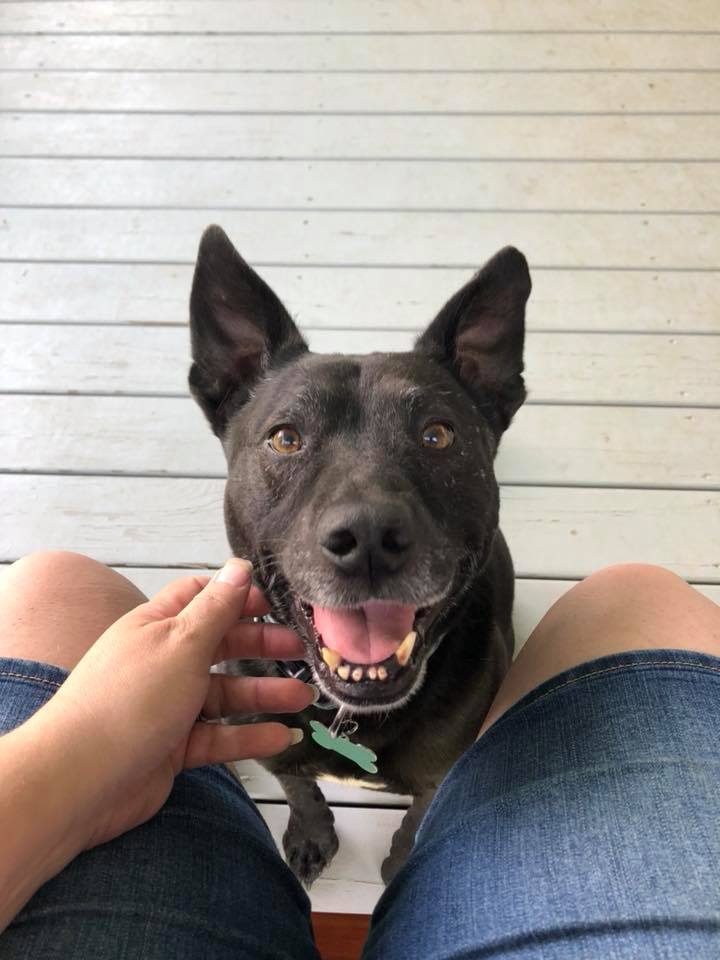 Little Mac was dumped by his previous owner at a local McDonald’s. For several days, he ran from car to car begging for his meals before we finally caught him to get the care he needed. He showed signs on ongoing abuse with battle wound scars on his face and chin, and a broken tail. It never dampened his spirit though.

Little Mac loves all people once he warms up to them, and enjoys the company of other large dogs. He is also our best “snorer” at bedtime around the farm. He battles it out with the pigs! 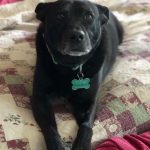 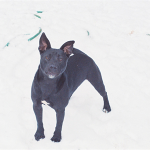 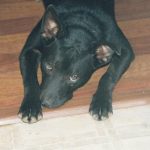