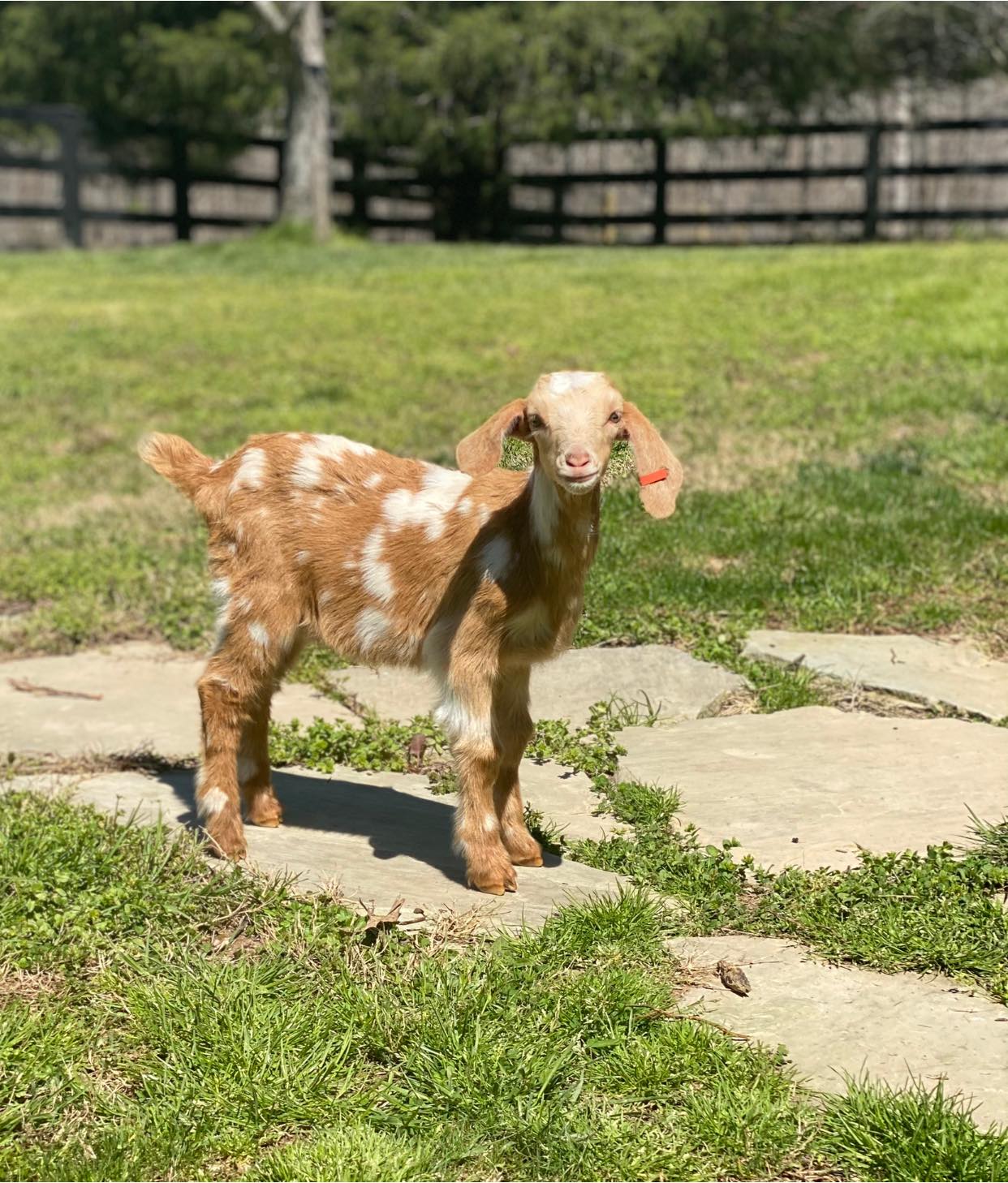 Peanut was an unexpected rescue. We were in route to rescue the 3 lambs-Rosita, LuLu and Raven at a livestock auction. We were the last to leave and Peanut had been left behind in a pen, abandoned by her buyer. We asked about her and she was going to be left behind to fend for herself for a week till they would try to sell her again.  She was only 2 weeks old, yanked from her mama and left her by herself with no proper goat’s milk?

Well, we weren’t having it-she came home with us and the lambs.  It’s a good thing too because she was a tough rescue. Deemed a failure-to-thrive case by the local vet, she had digestive issues, respiratory issues, caught every bug and parasite and just didn’t gain weight like she should.  But she wouldn’t give up, and neither did we!

She is tiny but mighty! She spends her days grazing with the sheep, but certainly knows she is a goat. In fact, the sheep follow her more than the other way around. She is there shepherd! She has grown up, but she is still a tiny girl and we watch her closely to ensure she stays healthy and happy. She loves honey nut cheerios and blueberries and orange juice. She loves lazy days on the front porch with her favorite humans.

Peanut is an extraordinary example of what rescue is all about and what a tiny little spirit can accomplish when coupled with the right folks to help her just a little along the way. 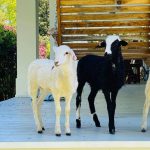 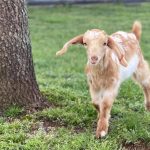 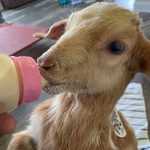 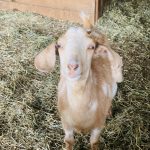 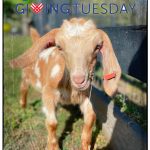 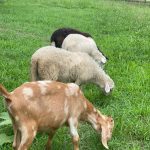 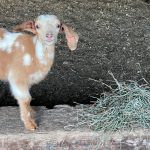 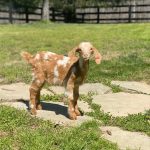