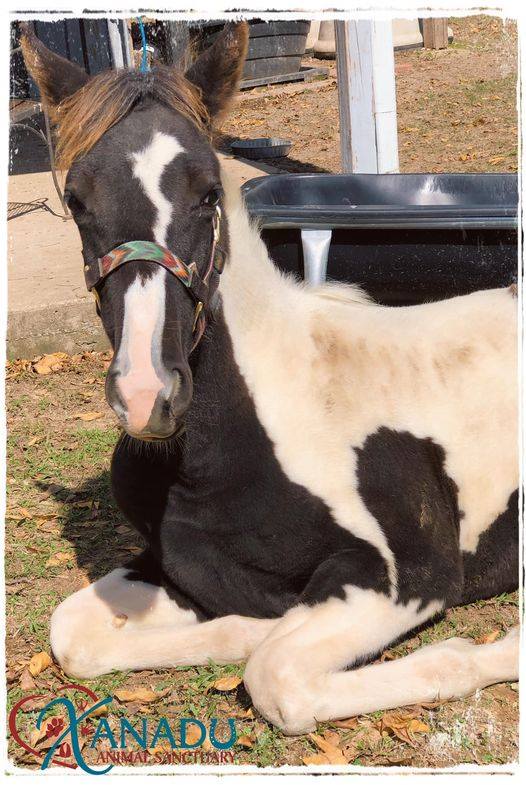 In June 2020, we received a call about a mama horse and her 2 month old philly being dropped off at a slaughter auction. We went to attempt to rescue them from an unknown fate and keep them together. Once we arrived, we learned that The owner of the mare and philly went through a bad break up while the mare was at another farm being bred again!  He didn’t want to deal with them so asked the farm to just get rid of them. And they ended up at a livestock kill auction as the easiest way to dispose of and get their “stud” fee back.

With all they had already been through and the poor condition they were in, we were determined to bid and bid to make sure we got them AND make sure they both stayed together to come here. With the initial vet visit, the baby’s condition was pretty good as her mama was taking good care of her despite her own lack of nutrition. But the baby was still suffering from gastro issues  that required weeks of medications and added probiotics to get her back to normal.

Since she has been at Xanadu, she has thoroughly enjoyed just running in a pasture. She likes to play with the goats, LOVES being loved on by her humans, and she puts on a show kicking up her heels.  She still nurses from mama, but is eating hay and munching on some grain as well. She is an attention hog, and we hope to give her all the attention she could ever want.  She watches out for her mama, but is getting more and more independent every day. Because she is strong little fighter, we named her Ripley! 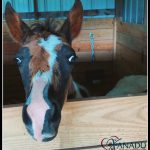 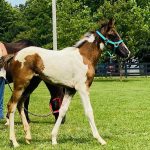 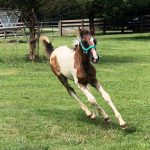 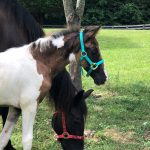 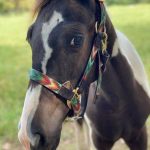 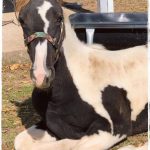