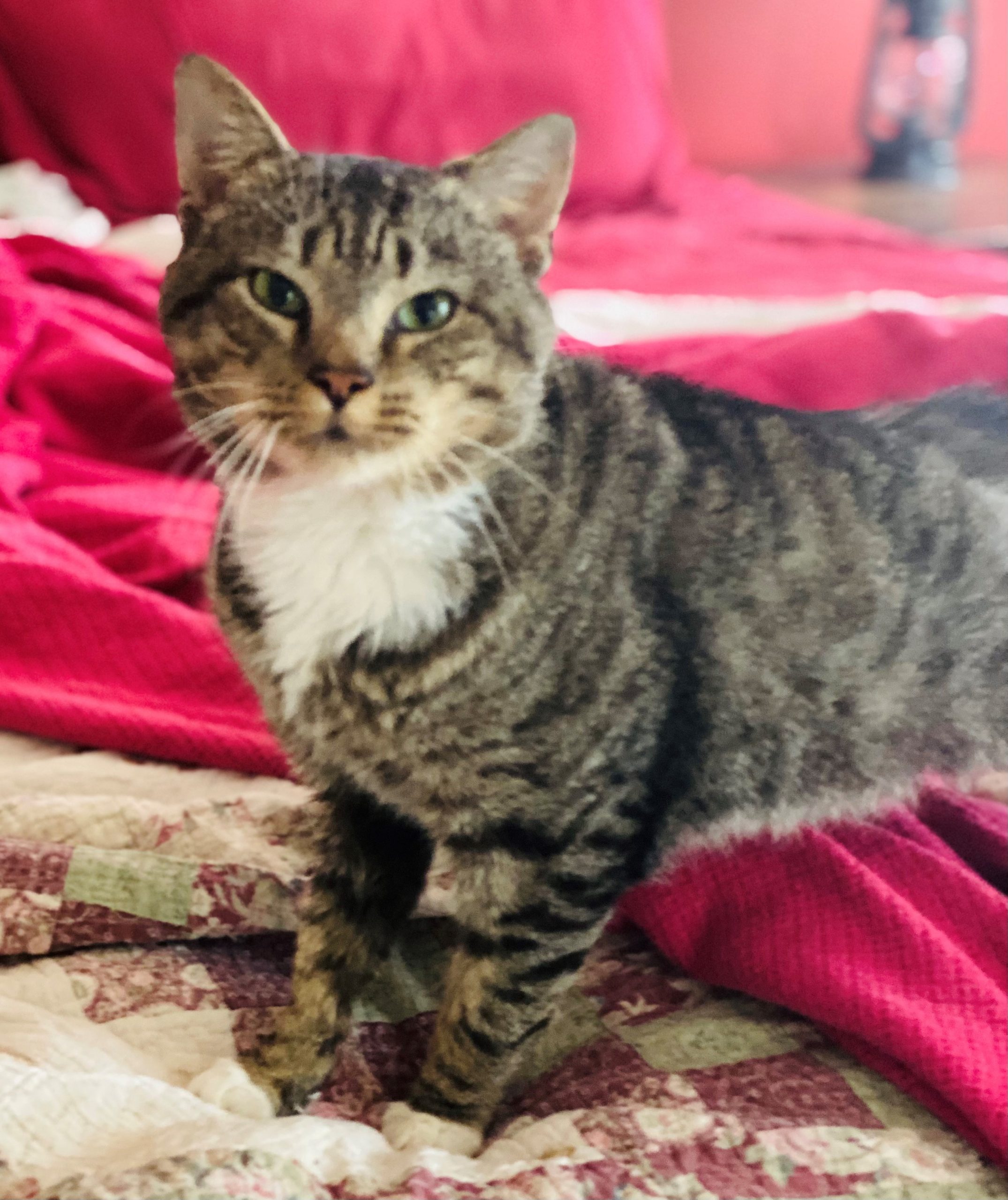 We rescued Timber in Sept 2021 from a hoarding case. His “owner” was ultimately arrested and 20+ animals were confiscated and sent to various rescue groups in the area.  Timber was suffering from an open leg wound, and when checked out with the vet, he tested positive for FIV, indicating he will be immune compromised for all of his life.

For months we travelled back and forth to the vet and used every wound treatment known safe for animals to heal the open tear on his leg.  In the meantime, he has been living the good life in the Xanadu house, eating well, sleeping comfortably and enjoying time with us and Gypsy Rose.

Because of his FIV status, the severe wound on his leg had just not improved significantly enough despite our best wound care efforts. At this point, we sent him to Atlanta to be treated by our most trusted Vet. He underwent 2 debridement surgeries, daily laser therapy, antibiotic infusions, honey wraps-you name it, everything was tried. Tissue samples were sent off to UGA. We were relieved that nothing came back positive for cancer; however, after additional testing and assessment, it was determined that Timber had a flesh eating bacteria, localized to just that one leg-something that could not be cured and would never heal up completely.

It was ultimately determined that the only way to save him, was to lose the leg. Post surgery, he was already showing signs of feeling so much better, and he gets around just fine—back where he belong, bedded down with Gypsy Rose, waiting on his breakfast in bed some days.  It has been a long road for this guy—but after being hoarded in a cage for his entire life in filth, he deserves the good life in Sanctuary. 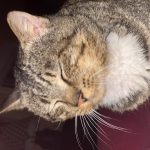 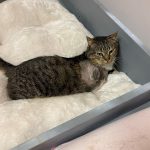 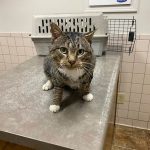 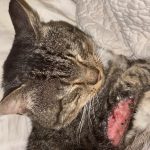 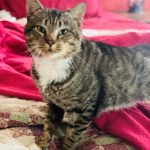